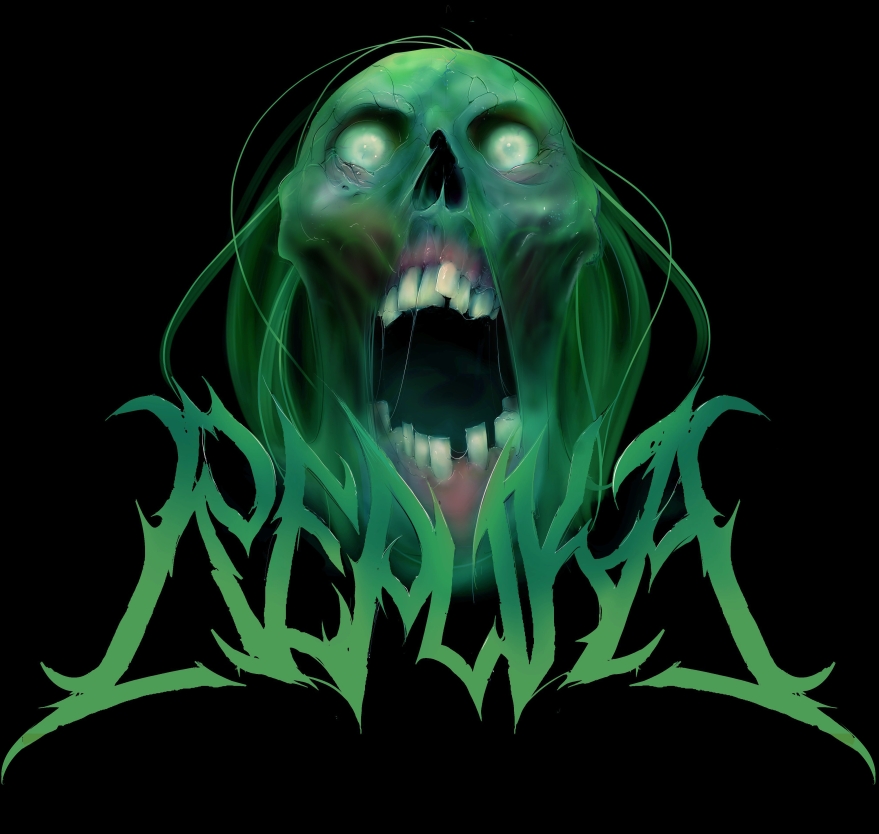 I made this as a birthday present to a friend of mine. It also marks my first real attempt at digital painting.

I still have a lot to learn, when it comes to painting, but I’m not completely green anymore (heh).

Is there anything else to be said about this piece? Well, actually, initially I had this idea for something a bit different than what you see pictured here. I once pitched this logo design that featured a gaping voodoo-like skull. But the band wasn’t having it. They told me they thought it would look good printed on an album or a T-shirt. But I held on to the idea of someday designing such a logo. Later, some other band said “no” to one of my design choices for a T-shirt design, telling me to overlay the logo on top of the graphic instead of below it, that it wouldn’t look good, otherwise. Again, I begged to differ, but decided to keep my further thoughts to myself and just get the job done. Here enters my friend with a funny nickname, Repuka, and whose birthday was coming. It gave me the excuse I was looking for to revisit these rejected ideas, if only to prove there was merit to them after all.

2 thoughts on “Repuka: A Quest for Vindication”